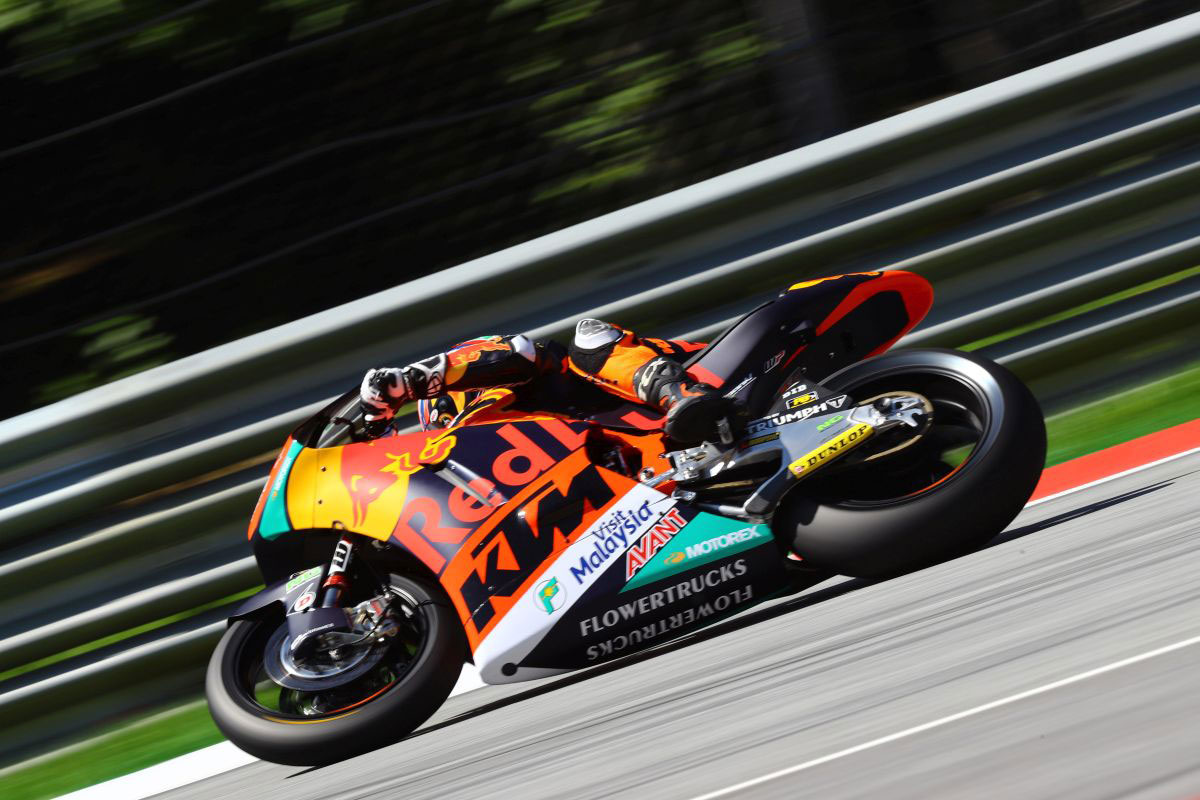 The Red Bull KTM Ajo Moto2 team’s good form continued at their home Grand Prix on Saturday. Thanks to their effort in the free practices, both riders made it directly to Q2. Brad Binder took second place on the grid in qualifying and will therefore start from the first row at the Red Bull Ring tomorrow, in the eleventh race of the 2019 World Championship.

In FP3, Brad confirmed his good feeling from yesterday, producing very similar times to those he recorded on Friday. The South African only made one single pit stop, completing a total of 20 laps of the Austrian track. On his second run the Red Bull KTM Ajo rider registered a 1:29.147 and he finished the session in 13th. Brad thus went straight into Q2, based on the combined timesheet from the three free practice sessions.

Brad then went on to show he is one of the fastest riders this weekend, finishing less than one tenth off pole. The South African, who opted for a one-stop strategy to change tyres, got second position in qualifying with a personal best of 1:28.791, matching his best qualifying result of this season so far.

The 25-lap Moto2 race at the Austrian GP will start tomorrow at 12:20 pm local time.

“Today was a superb day for us. I’m very happy to be on the first row of the grid for tomorrow’s race. I was really close to pole, but I’m satisfied. Since FP1, I’ve felt much better with the bike and there are still some things that we will try to tweak in the warmup. This weekend we have focused on doing long runs, trying to make just one single stop in each practice, so I think we can find a good race pace. It is a important Grand Prix for KTM and Red Bull, so if I can be fighting for the podium and for the victory, it would clearly be very positive. I’m really looking forward to the contest starting.”