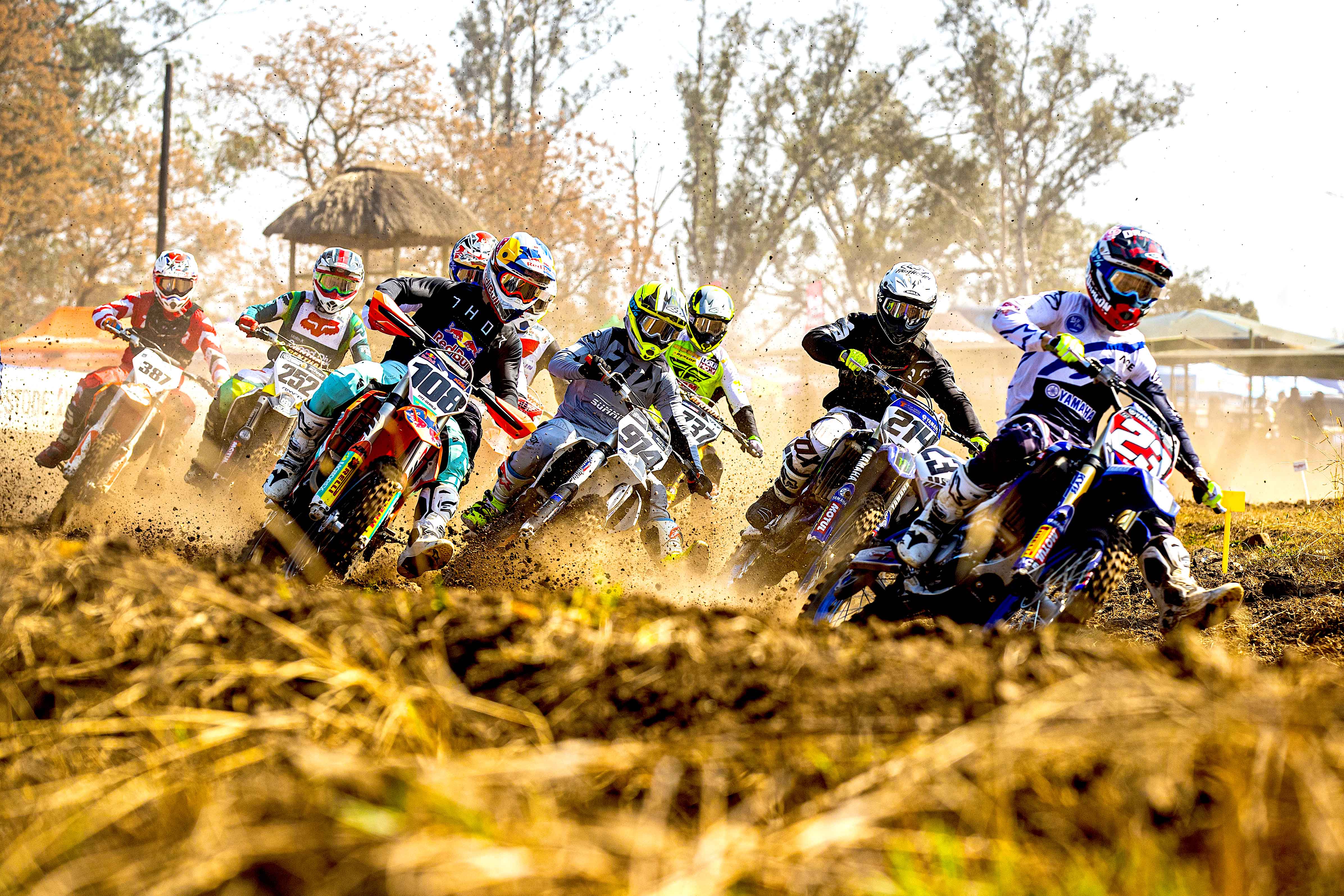 What SA National Motocross Round 5 Report

The fifth round of the 2019 TRP South African National Motocross Championship added a significant rumble to Thunder Valley in Pietermaritzburg, KwaZulu Natal on Saturday 10 August, where most classes saw their title chases tighten up as the season winds down toward an epic culmination.

The action in the two star classes was nothing short of electric as riders fought it out bar-to-bar for most of the weekend, but it was Gauteng rider Tristan Purdon who ultimately powered his Red Bull KTM to a double victory, while Cape lad Lloyd Vercueil (Florstore OnTrend Summit Yamaha) and local hero Matthew Malan (Q4 Fuels Husqvarna) shared out the seconds.

David Goosen (Out Of Africa Monster Energy Yamaha) was fourth each time, while Wesley du Plooy (Husqvarna), Dylan Mostert (Honda) and Marco de Vrye (Husqvarna) fought it out behind. That means Purdon has now closed Malan’s championship advantage down to just three points with Vercueil only ten points further adrift.

In MX3, Tyson Engelbrecht (KTM) did his over-30 title chances no harm at all to beat similarly mounted title rival Johnathan Hubbard each time with Roger Bergstrom (Husqvarna) third. Ian Topliss (Out Of Africa Monster Energy Yamaha) and Brett Bircher (KTM) shared the over-40 wins with Craig Kruger (KTM) third each time, to leave those three riders split by just 15 points, while Rodney Odendaal (Husqvarna) beat Rod Bergstrom (Suzuki) to over-50 honours.

Emmanuel Bako (KTM) made no mistakes in 85cc Junior as he stormed to a double win over Seth Young (KTM), Timo Maximo Toepfer (KTM) and Deegan Bloomfield (Husqvarna) each time while Joshua Fletcher (Yamaha) and Pieter Brink (KTM) shared fifth and sixth places. That means that Bako closed Young’s title lead down to 14 points and sits just a point behind second placed Bloomfield in that title chase.

There was a turn-up in the books in 65cc MX as local lads Jordan Van Wyk (Husqvarna) and Trey Cox (KTM) put one over Capetonian championship leader Neil van der Vyver (Q4 Fuels Husqvarna) with Liam Botha (Husqvarna) third each time while KTM pair Thor Johnson and Damon Garrell tied on points in fifth for the day. That saw van Wyk close his title deficit down to van der Vyver 25 points with Cox a further eight adrift.

The 2019 South African National Motocross Championship now heads to its penultimate appointment in the city of Welkom with one or two champions likely to be crowned in the Free State, while others are clearly going all the way down to the line.

Issued on behalf of SA Motocross

Reply Spotify playlist promotion
3:57 PM on August 13, 2019
Playlist promotion is the only safe way to
get your streams up, bots will get your songs
taken down, and labels can tell if they are real or not.â??

Playlist King is the only playlist pitching service that can guarantee artists real exposure
â?? https://theplaylistking.com/