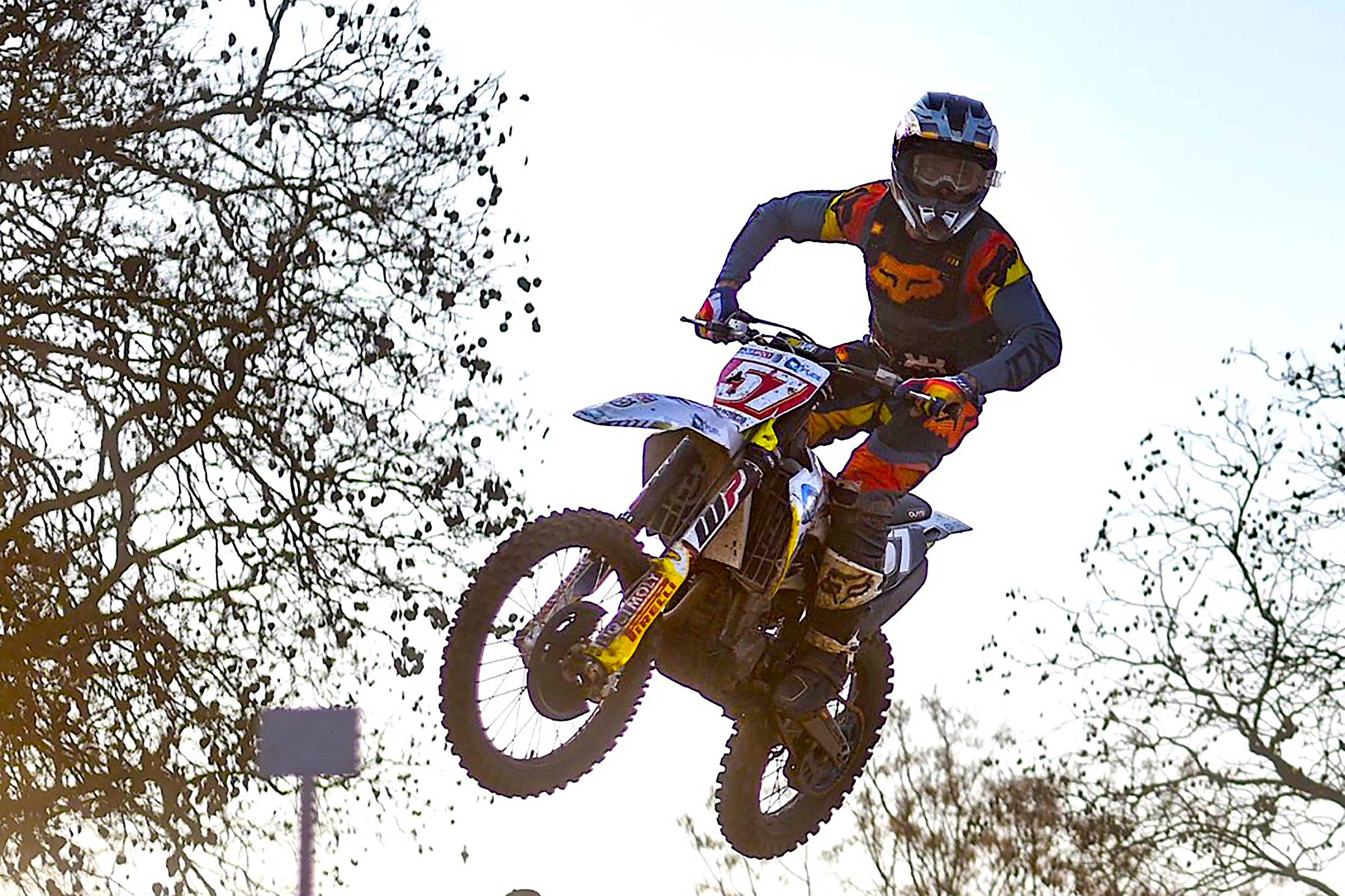 What SA National Motocross Round 5 Report

Q4 Fuels Husqvarna Racing scored a couple of podiums as its both riders emerged leading their classes from Saturday’s Pietermaritzburg’s fifth round TRP South African National Motocross championship races at Thunder Valley. Local hero and open class MX1 leader Maddy Malan rode to a second and a third in his two motos to share second for the day and hold onto his title leader’s red number plate, while 65cc racer Neil van der Vyver consolidated his Junior lead with a couple of thirds.

“Saturday was wild,” Maddy Malan owned up. “The racing was tough, the going hard and the action epic with the three front runners fighting flat out. “I shared second and third places with Lloyd Verceuil, so we stay static with him on points, but Tristan Purdon took both wins to close down on me in the title race — this is going to an incredible fight to the finish, that’s for sure!

“Special thanks to my Q4 Fuels Husqvarna team — we've all put an incredible amount of work into the season and to still be leading the way in such a tough battle is quite special. “Now we head to Welkom for the penultimate round on 21 September with it all to do — we still have a hard road ahead, but bring it on!"

Q4 Fuels Husqvarna 65cc Junior hero Neil van der Vyver had to do without his regular double moto wins on Saturday as he rode to two third place finishes to consolidate his title advantage. “Pietermaritzburg was a tough weekend,” Neil admitted. “Thunder Valley is a hard track and we had two on form locals to deal with today, so I opted to play it safe and chase Jordan Van Wyk and Trey Cox home and keep my title advantage intact.

“I've had a great season so far and we are still in a handy championship lead, but that is no guarantee so it’s back to work — we need to arrive in Welkom fighting for wins and I intend to be ready for that. “Thank you to my team for another great weekend — the bike was brilliant as always!”

“Maddy and Neil rode hard this weekend and we brought home good results and strong points hauls to lead both title chases to the next round in Welkom on 21 September,” Husqvarna Motorcycles South Africa brand manager Fred Fensham concluded. “Q4 Fuels Husqvarna Racing has done a brilliant job so far this season, so the focus is on finishing up on top too.”

Issued on behalf of Husqvarna Motocross